This year has brought a number of accomplishments worth mentioning at Montagu Academy Tennis.  It’s been great to see the rise of not only the boys but also a girls team.

After having seen our Under 18 boys reach 6th and 5th respectfully in the last 2 years of the National School Team Championships, it was the turn of the girls this year round to represent St. Peter’s High School at the highest level of national schools competition.  Last year this Under 18 team went so close to nailing down a spot at the championships at Queenswood but they went a step further in 2016 and took themselves all the way to Hertfordshire to mix it with the best schools the country has to offer.  The team comprising of Rafaella Mora, Georgina Barnes, Maya Lewis-Chaplin, and Anna Barnes put up a great effort and gained invaluable experience.  For Ella, it was fitting that she ended her final year at St. Peter’s at this stage, and for Anna Barnes at just 13 years of age, a learning curve that sets her up for many years to come. In the end, they finished 12th in the UK, and became the first girls tennis team from St. Peter’s to ever reach the national finals. 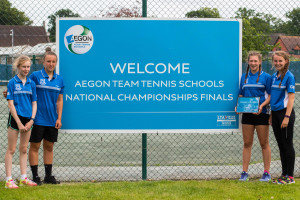 Our Under 15 boys team finished in the top 8 in the UK, reaching the regional final, one step from the last 4 national championship.  After having won the county stages, they went to the regional stage and beat QES from Bath 6-0 and last year’s national runner-up, Claire’s Court also 6-0.  In the final they lost 4-2 to Millfield, who went on to reach the final of the nationals stage and finished 2nd in the UK.  A strong team but wins for St. Peter’s and position 1 and 2 from James Holden and Liam White respectfully made it a competitive encounter. 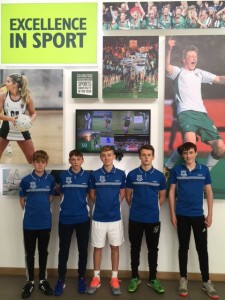 This year also saw world renowned tennis coach Bob Brett visit the our tennis school for the second time.  He ‘casually’ dropped in for a session with our boys and girls, some of who have visited his academy in San Remo throughout the year. 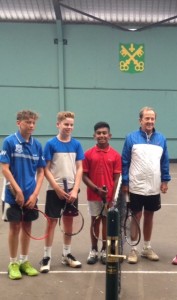 It’s been a good one, we hope for more next year!